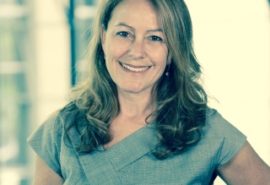 "People and culture are critical to business success, especially in the face of challenging business conditions"

Holly Kramer is the Deputy Chairman of Australia Post and a Non-Executive Director on the Boards of Woolworths, AMP Ltd. and 2XU. She also sits on the boards of the GO (Goodes-O’Loughlin) Foundation, community-owned telco Southern Phones and the Finance and Investment Committee for Western Sydney University.

Prior to Best & Less, she was an executive at Pacific Brands, running the Workwear and Homewares Divisions, and Telstra, where she held the roles of Group Managing Director – Product Management and Chief of Marketing. She has also held management positions at ecorp Ltd and Ford Motor Company (in Australia and the US).

Holly has a BA with Honours in Economics and Political Science from Yale University and an MBA from Georgetown University. She is also a member of Chief Executive Women.