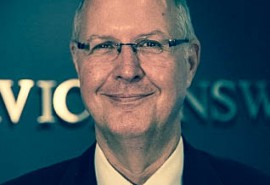 At just 17, Commissioner Peter Severin was a member of a local youth group that visited inmates in his homeland of Hamelin, Germany. In the following years, Peter studied social work at the local university with an expressed intention of becoming a prison officer.

In his early years as prison officer, Peter learnt just how harsh prison administration can be. He was king-hit by an inmate in his first two years but persevered in the prison’s tough remand section for another eight years. Now the Commissioner of Corrective Services New South Wales, Peter has held executive positions in some of Australia’s most progressive correctional services facilities.