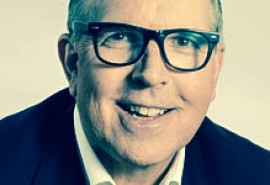 "Create a world class team that assists you to rise to the challenges of your industry."

John Cracknell is an experienced and successful leader of business teams across a 30 year career. Having spent 23 years with the Disney Group, John was one of the longest serving executives, having joined the organisation in 1992 in its home entertainment unit.

Over his tenure, John held various other roles including Head of Home Entertainment for South East Asia, and Country Manager for Walt Disney International in Australia and New Zealand. In his most recent role as the Managing Director of Australia and New Zealand, John was passionate about the important role and responsibility of his teams in delivering Disney magic to Australian families.

As a name, a brand, and a global entertainment company, Walt Disney is indelibly interwoven into the childhood memories of millions of people across the globe. With its subsidiaries and affiliates, The Walt Disney Company is the world’s biggest family entertainment organisation and media enterprise, consisting of five business segments: media networks, parks and resorts, studio entertainment, consumer products, and interactive media.