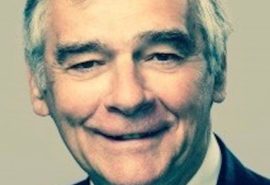 "Be a leader who believes in creative, imaginative responses to shape the future of business."

David Mortimer AO is recognised and respected as one of Australia’s best Chair and professional Company Directors with exemplary governance experience.

Mr Mortimer was educated in Sydney, matriculating in 1962. He then completed a Bachelor of Economics degree at Sydney University graduating with First Class Honours.

After a career in the banking and finance industry in Australia and the United States, he joined TNT Limited in 1973 becoming Chief Financial Officer and a Director of the company in 1985.  He also had overall responsibility for the group’s North American operations until the public float of those operations in February 1992 under the name TNT Freightways Corporation.

In September 1992, Mr Mortimer was appointed Managing Director and Chief Executive Officer of the TNT Limited worldwide group a leading Australian transport company with revenues of $7 billion at the time.  Following the merger of TNT Limited with the Dutch based KPN group in December 1996, he remained as Chairman and Chief Executive Officer of the Asian Pacific Region until he resigned in September 1997.  The TNT Group is now listed as TNT Post on international exchanges.

In November 1996, Mr Mortimer was appointed by the Federal Government to conduct a review of Business Programs that resulted in “The Mortimer Report”.

In 2005 Mr Mortimer was appointed as an Officer of the Order of Australia.

In 2008 Mr Mortimer was appointed by the Federal Government to conduct two reviews, the review of Export Policies and Programs titled “Winning in World Markets” and the Defence Procurement and Sustainment Review titled “Going to the Next level.” Both Reviews were released at the end of September 2008. In May 2012 the Australian Government appointed Mr Mortimer as the head of an industry panel on the Submarine Skilling Assignment and in December 2012 to the Australian Government Customs Reform Board.

Mr Mortimer is presently Chair of Opera Australia, Director of Petsec Energy Limited and MySale Group.  He is also Governor of the Australia Israel Chamber of Commerce and a member of the Australian Institute of Company Directors.

He was Chairman of Crescent Capital Partners for 16 years until his retirement at the end of 2017.

Mr Mortimer was formerly a director of the Australian Graduate School of Management. He is also a member of the Board of Governors of the Committee for Economic Development of Australia (CEDA) and an Ambassador of the Australian Indigenous Education Foundation (AIEF).