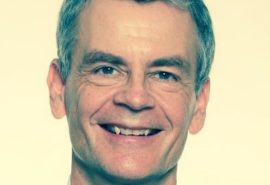 "“I believe great leadership emanates from the four ‘E’s. Personal energy, an ability to energise others, applying an edge to all decision-making and championing the importance of superb execution.”"

During an international management career spanning 40 years Peter has worked in a range of industries, including international shipping, drinks, airlines, television, live entertainment and fitness.

He cut his teeth as a CEO launching TV1, a general entertainment channel distributed on Foxtel and Austar. With an imperative to acquire the best content, TV1 rapidly became the leading channel in its category.

Following this success he was recruited by Galileo, the market leader in electronic services to 2,600 travel agents across Australia and New Zealand. His brief to overhaul the business in advance of a trade sale. This he achieved in two years, also tendering for and winning a global agreement with anchor client Flight Centre.

Peter’s leadership success at Galileo attracted the attention of the PBL organization and he was appointed CEO to turn around the fortunes of Ticketek. He rapidly formulated an innovative business strategy, commencing in 2001 with a $10million capital investment to shift the business into the embryonic online space.

In 2008 Peter was appointed CEO of Fitness First Australia with the challenge to transform a good company into an exceptional one. Peter was a member of the global executive team designing a strategy around sales, fitness, member experience, commercial management and people.

In 2012 Peter joined the Childrens’ Cancer Institute as a non-executive Director. In 2016 he was appointed adjunct Professor at UTS Business School, coinciding with the launching of the MBA program for entrepreneurs (MBAe) In 2018 he was appointed Chair of  the Advisory Board for the Crinitis restaurant group.