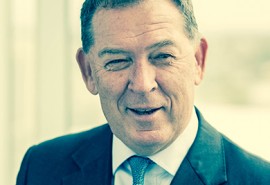 With over 25 years in strategy and leadership experience across three iconic organisations, Gary Flowers is sought by boards to build brands, restructure and turn around businesses.

With a double degree and Harvard educated, Gary started his career as a lawyer and was soon promoted to the National Managing Partner of Sparke Helmore. During his tenure, Gary grew the firm by over 600%, taking it from being a NSW based firm to having a national profile and claiming a top 10 ranking in Australia.

With a talent for diversification, Gary joined the Mirvac Group [ASX: MGR] in 2008 as Chief Operating Officer. Gary was instrumental in turning around the Mirvac Group and securing its survival during the GFC. Mirvac achieved a top 3 status and improved its share price in the most volatile of markets.