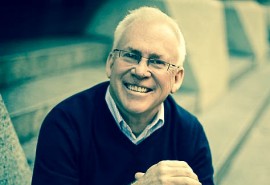 "Leadership is about 10% inspiration and 90% perspiration – in that order."

Ted Pretty is a successful, highly recognised corporate executive and is Group Managing Director and CEO of Hills Limited (ASX:HIL).

Commencing his career as a lawyer he quickly pursued an industry specialisation in Information Technology and telecommunications. This led Ted to being retained as a corporate adviser to BellSouth Corporation (AT&T) in (Optus) and New Zealand.

Recognised for his skills in this role he was offered a senior Group Managing Director operations role in Telstra Corporation, Australia’s largest carrier, leading as a Group Managing Director for most of the key divisions of the company, including Retail and Mobiles, Technology, and Internet and Content. Ted was also Chair of Sensis, Board Member of Kaz, and other Group Subsidiaries.