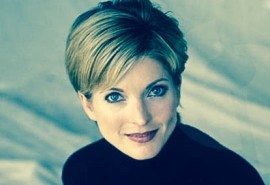 "You can have it all and keep it all together "

Juanita Phillips is one of Australia’s most experienced television news anchors.

For five years, from 1997 to 2002, she was a news anchor for the world’s two largest news organisations – the BBC and CNN – in London. Since returning to Australia, she has presented the ABC’s prime time 7pm news bulletin in Sydney.

Juanita began her career as a cadet journalist on The Courier-Mail newspaper in Brisbane in 1982, straight from high school. After completing her cadetship, she backpacked around the world for three years, financing her travels with jobs as a magazine journalist in London, a cocktail waitress in San Francisco, a kibbutznik in Israel and a cleaner in Greece. On her return to Australia, she became a senior feature writer and columnist for The Courier-mail, covering social issues, writing personal profiles and analysing the political fall-out of the Fitzgerald Inquiry in Queensland.